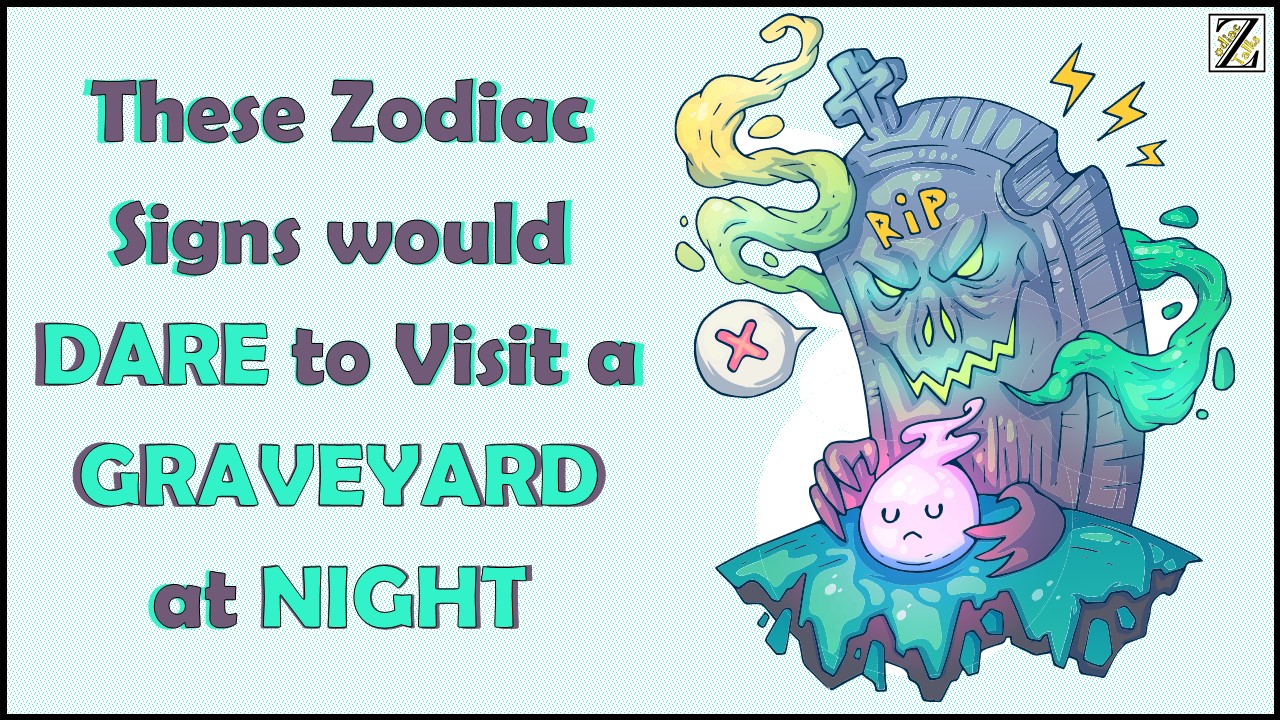 Let’s face it! Not many people are willing to visit a cemetery during public hours… imagine at night! Just knowing that we are stepping on a ground full of dead people is enough to make our hair stand on end!

Well, you’d be surprised to know how many people yearn for this kind of thrill! People who have developed a taste for the supernatural, murder, and the dark arts.

Do you want to find out which zodiac signs would dare to enter a graveyard at night? Then read on to the end and see if you can guess them.

Scorpio is the ruler of the night, the representative of the dead, the one who goes into the dark waters of the underworld and comes out unscathed. These signs love everything related to horror stories, ghosts, and mysteries.

Therefore, they have a passion for visiting graveyards at night, going to haunted houses, playing the Ouija board, and so on. Scorpio binge-watch horror movies and their favorite holiday is Halloween.

Their friends don’t understand where they get so much guts! But for Scorpio, death does not inspire terror but rather fascination.

Actually, Aries is not very fond of mysteries and ghosts. They have other interests more related to daytime activities, so visiting a graveyard is not their main concern.

However, Aries are very proud of their fierce nature! If someone challenges them to visit a cemetery, they will do it without hesitation, just to show everyone how brave they are.

And it’s true, they are brave, daring, but also competitive. So, if someone has to prove they are fearless, Aries will be the first.

It’s no secret that Aquarians are quite eccentric. They stand out from the crowd because of their unusual interests, extravagant tastes, and quirky style. So, there are many Aquarians who have drawn to the dark side, the occult arts, and ghosts!

They dare to visit graveyards at night and perform strange rituals to contact any lost souls that may be wandering around. Many Aquarians claim to have encountered these spirits, and it’s only to be expected!

These signs have an invisible antenna picking up other entities, so it’s not a surprise to find that they have friends who have passed on to another plane.

Similar to Aquarians, Pisceans also have a sixth sense when it comes to contacting departed souls. They would dare to go to a graveyard at night but not because they are interested in the occult or scary tales.

Pisces have a compassionate nature and will reach out to help souls who are not finding their way to the light. It seems rather strange, but it often works! And cemeteries are left with a more peaceful and quieter aura after Pisces has passed through it.

These signs do not like cemeteries, death, or ghosts. Nothing could be further from the truth! But the thing about Capricorns is that they fear nothing.

They have an emotional steadiness far superior to any one else as they are strongly rooted in reality. They are not driven by their imagination, which is the main reason why people avoid going to a graveyard at night.

If asked, Capricorn will do it without a problem. Especially if it is for a job and they will receive a good financial compensation! If so, Capricorn will gladly accept such an assignment on a long-term basis.