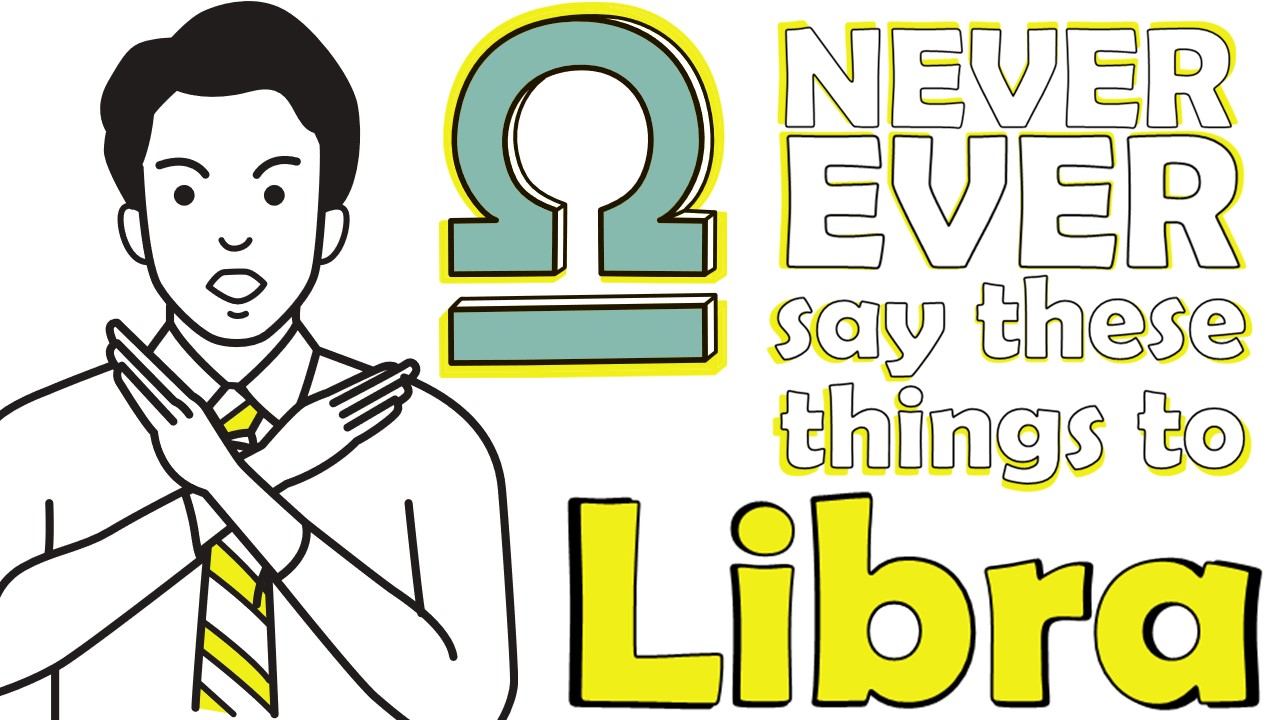 Libra is one of the most likable signs in the Zodiac, thanks to their easy-going personalities and their desire to avoid conflict.

Their desire to keep the peace doesn’t mean they never get upset, though, and the following seven things are sure to put them in a bad mood.

Forcing a Libra to decide, particularly on a short notice, is always stressful for everyone involved.

Libras aren’t good at making choices on the spot, and pushing them to do so will make them get defensive and even upset.

Libras are up there with Virgo as the most OCD signs in the Zodiac, so suggesting them to leave the cleaning for later will scandalize them more often than not.

Libras don’t feel comfortable when their environment is less than perfect, so they’ll get up and fix even the slightest imperfection before they can finally sit down and relax.

Annoying? Maybe, but that’s just who they are.

While it might come off as strange to others, arguing is Libra’s preferred communication method, and they’ll do it for fun whenever the opportunity arises.

Despite common misconception, they don’t do it to be contrarian or conflictive; They genuinely enjoy seeing multiple sides of an issue and will happily discuss the pros and cons of a situation without necessarily taking sides.

People may look at this and assume Libras just want to cause drama, but as far as Libra is concerned, the more information is discussed, the less drama they’ll have to sort through later.

Libras may appear to have endless energy, but that’s only an illusion. They need plenty of time to recharge their batteries and clean their mind of the thoughts of the day.

Their preferred relaxation technique? Anything that involves getting off their feet and away from people, which means that they can often look lazy when, in reality, they’re just getting ready to face the day.

Libras love beautiful things, and, as such, they’re far more likely to value form over function any time of the day.

This means that they think nothing of spending a lot of money on useless little trinkets as long as they’re pretty to look at, and while Libras are entitled to do with their money as they please, this can undoubtedly frustrate others.

Though sometimes they need to be on their own to regain their energy, Libras are social beings that prefer to work in small groups or pairs whenever the opportunity presents itself.

This can give the mistaken impression that Libras require to be babied and supervised constantly when in reality, they’re perfectly capable of doing their job on their own.

This one will annoy anyone, of course, but it tends to hit Libra the hardest because people already fail to give them credit for their intelligence.

Libras are pretty clever, but their constant questions, desire to see things from different angles, their preference towards teamwork, and their need for feedback often make people assume that Libras aren’t as bright as they really are.