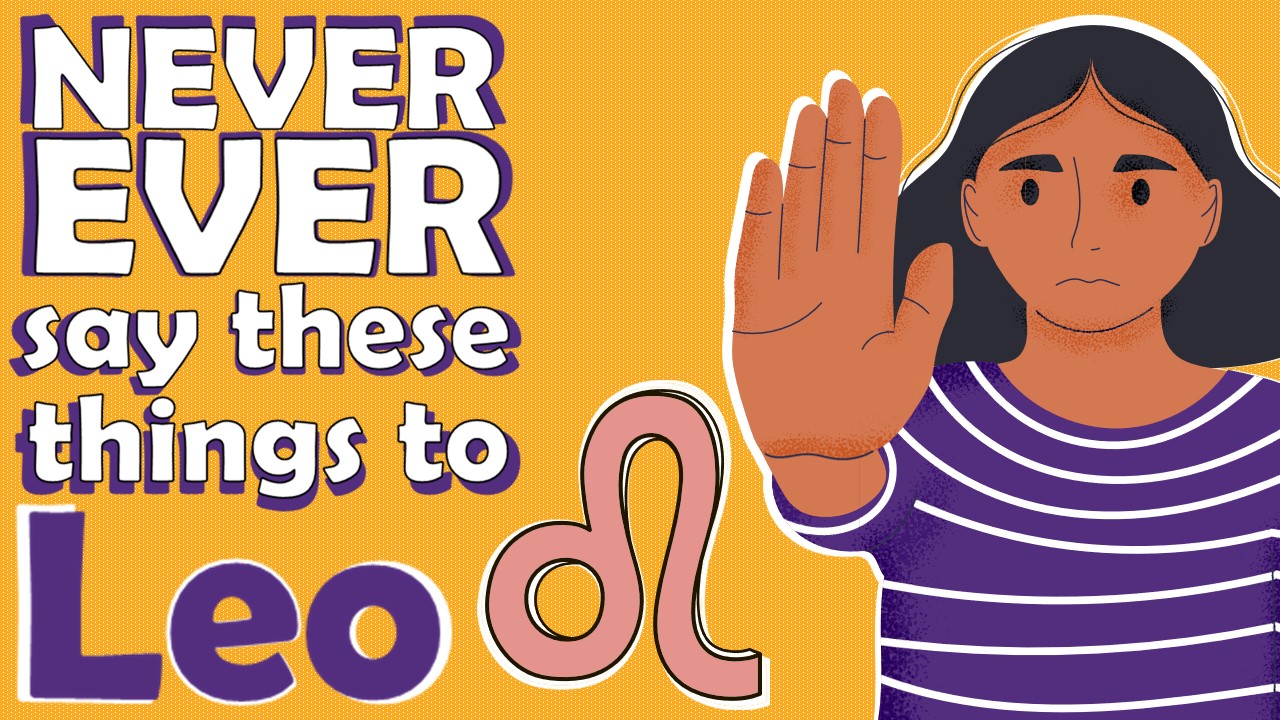 Leos like to think of themselves as untouchable, but the following seven sentences are sure to get under their skin.

Leos have a reputation for being egotistical, and while that can be true, we dare say it’s unfairly earned.

Leos tend to relate via shared experiences, so when someone shares something, they feel compelled to share something similar right back, making it seem like Leo is always trying to make things about themselves.

Sure, they’re limelight hoggers, but Leos hate being accused of being selfish when they’re really trying to help.

These are fighting words for sure, as Leos take pride in being honest and hate it when people say they’re lying.

Leos might indeed embellish the truth to look better, but the gist of their stories and anecdotes will always be accurate, so being accused of lying is always a hard blow for Leo.

Leos are one of the Zodiac’s most self-assured signs, and, as such, people are often trying to take them down a peg.

While Leo’s self-confidence can be annoying to those who lack it, it’s one of the sign’s most powerful traits, and one they won’t surrender willingly anytime soon.

Leos do think too highly of themselves, and they’re often better off for it.

It doesn’t matter whether you said that to annoy them or whether you genuinely didn’t realize they were there.

Telling a Leo that you couldn’t spot them right away from between a crowd will never end well, particularly when they went through the effort to look extra good.

If you ever fail to notice a Leo, save yourself some grief and don’t mention it.

It’s true. They do, and they’re not about to change that anytime soon.

Leos see no point in staying loyal to people just because they’re related to them. They’re huge proponents of found family, and they very much prefer to spend time with the people they choose to be with.

Leos are fiercely loyal and protective of those they call their friends, so criticizing their friends or making it seem like it’s bad that they care about their friends is never going to end well.

Leos cannot stand clingy people, so anyone who thinks they spend too much time on their own is going to be pushed away sooner rather than later.

Leos don’t feel the need to check in daily with their friends, call their lovers every morning and night, or check on their loved ones at any given opportunity.

They’re self-assured about their place in other people’s lives and know that nothing bad will happen if they don’t hover over those they love.

Leos are not afraid of walking away from unnecessary conflicts or dramas they’ve no interest in.

This can be easily mistaken for cowardice, but make no mistake; when it comes to facing things that matter to them, Leos are often the fiercest warriors.