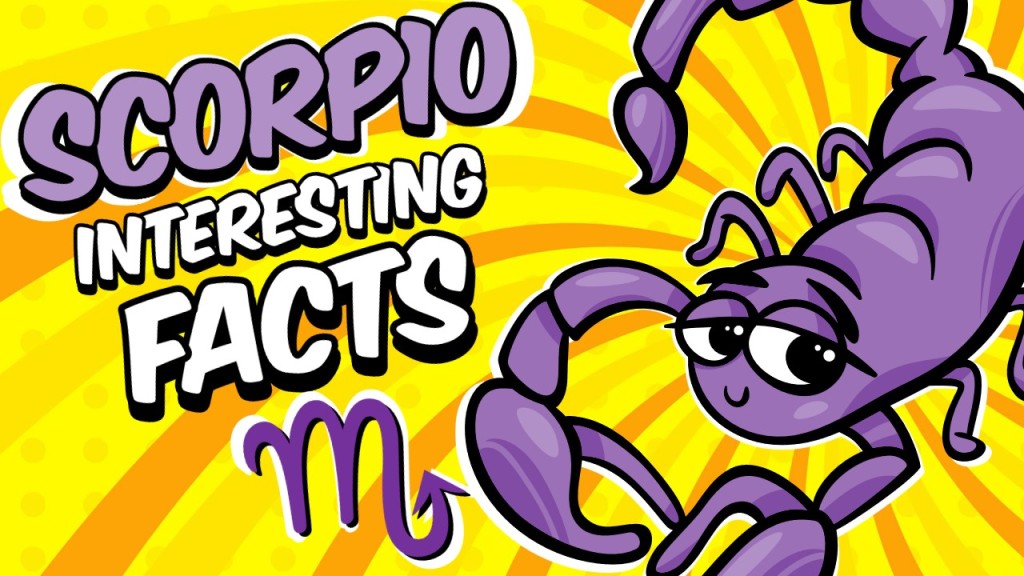 Mysterious, strong-willed, resentful, and ambitious. Much has been said about the eight astrological sign, and there’s no doubt you’ve heard rumors.

However, there’s much more to Scorpio than what meets the eye, and here, we’ll analyze some interesting facts so that you can get to know this mystifying sign even better!

When life gets hard, you want a Scorpio by your side, as they’re capable of withstanding difficult situations with minimal hysteria.

Oh, they get stressed like everyone else, but they’re amazing at compartmentalizing and not getting overwhelmed by intense emotions.

Call it romance or a good memory; the fact of the matter is that Scorpios rarely forget about their first love and, consciously or unconsciously, tend to compare all their future relationships to their first one.

#3. They have a sixth-sense for tension.

Scorpios are very good at detecting when someone is tense or is “acting off,” which makes them great at telling when others are lying.

This skill also ensures you can’t hide anything from Scorpio, particularly negative things. If you’re acting out of the ordinary, even a small amount, Scorpio will know.

Scorpios like to handle their own problems, and they often see asking for help as a failure. However, this doesn’t mean they always tackle it alone.

When things get too hard, Scorpio will turn to their friends. Not for help, but rather as a distraction.

An afternoon hang out with their closest friends gives Scorpio the energy and the insight they need to push through any challenge.

#5. They’re not as mysterious as people think.

Scorpios are just reserved, that’s all there is to it.

They don’t keep things from others to add to their mystique nor do they act secretive because they’re hiding something; More often than not, they just figure what happens to them isn’t relevant to others.

#6. Scorpios are adventurous at heart!

Though they might not appear it at first, Scorpios can be incredibly adventurous. It’s all about finding something that catches their fancy.

When people hear “adventure,” they often think of traveling, and while Scorpios like traveling, adventures can be much more.

Starting a business, investing in a risky stock, trying out a completely different cuisine. There’s very little Scorpio won’t do if they think they’ll enjoy it.

This is one of the most well-known Scorpio traits, and they’ve earned it without a doubt.

The methods may change depending on the Scorpio, but they’re capable of controlling other people’s opinions even without trying to.

#8. They’re as passionate as they come.

Intense lovers, hard-workers, adventurers, jealous lovers, vengeful people; Scorpios can be all of these and more.

Scorpios have a lot of energy and passion for everything they do, which means you really want to stay on their good side, as all that passion can turn them into the best of friends, or your worst enemy.

#9. Shyness? They don’t know what that means.

Scorpios may be reserved, but that doesn’t mean they’re shy.

They’re perfectly capable of striking up a conversation with a perfect stranger, and they always find it easy to coax information out of others.

#10. They want your attention.

Scorpios aren’t attention-hogs as Leos, who crave having all eyes on them, but they do demand your attention when you’re with them.

Please put down your phone and show you’re engaged in the conversation whenever you talk to them. They’ll really appreciate it.

Dramatic people have no room in Scorpio’s life. This sign loves being in control of their life and peaceful environments, so people starting drama for no reason are everything Scorpio hates.

Rather than getting angry or starting even more drama, Scorpio will disengage. It’s easier that way.

Scorpios never take people at face value, nor they allow just about anyone close.

They only start trusting people after a while and do so progressively, rather than all out.

Scorpios don’t care for niceties and beating around the bush. If they want something, they’ll tell you, and they’re always quick to share their opinion.

Likewise, they value honest people, even if they’re downright blunt. It saves them a lot of time in the long run.

The only exception? Rude people. People who use honesty as an excuse to be rude rarely, if ever, impress Scorpio.

Scorpios know what they’re worth and appreciate when others see it, but they hate it when people suck up to them and compliment then excessively.

#15. They can value their material possessions even more than people.

It’s not that Scorpios don’t care about others; it’s that they’re very materialistic and often take good care of their possessions.

A Scorpio might not rush to help a friend if they’ve fallen down, but they’ll break the sound of speed to try to catch their phone if it falls.

Scorpios like challenges in every aspect of their lives. They enjoy having to fight for what they want and love the adrenaline rush of overcoming an obstacle.

That said, Scorpios only like challenges when they feel like they’re in control. As soon as things spiral out of their control, they stop enjoying the entire situation.

#17. Very protective of the ones they love.

It takes a while for Scorpio to warm up to people, but when they do, they care about them fiercely and selflessly.

Don’t mess with the people Scorpio loves. It won’t end well for you.

Scorpios like always being in control and resent those who try to control them. Because of this, it is better to let Scorpio be themselves and don’t try to influence them.

While they’re fantastic and reliable workers once they get started, Scorpios tend to procrastinate a lot, particularly when it comes to doing things they don’t enjoy.

It’s hard to get them in the zone, but once they’re there, they’re unstoppable.

Though they value straightforward and blunt people, Scorpios tend to be very subtle themselves, both in the way they interact with the world and the way they express themselves.

They prefer to appear as unassuming as possible so that they can analyze people and their actions to their heart’s content.