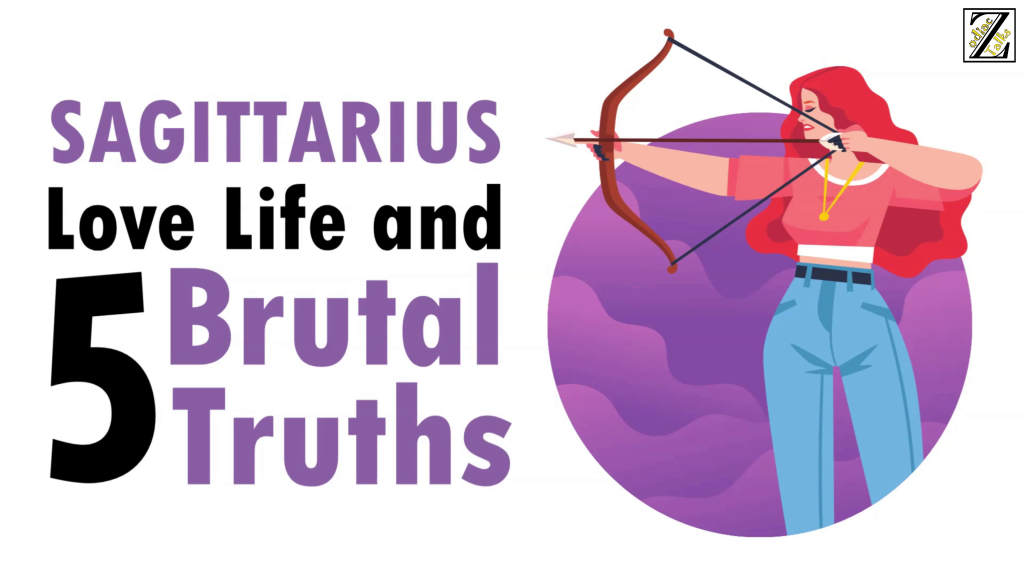 Sagittarius women are widely considered one of the most attractive signs in the Zodiac, and we’re inclined to agree.

Their passionate and magnetic personalities, their commanding presence, their intrinsic charm, and their adventurous spirit makes Sagittarius women virtually irresistible.

Everything about them demands attention, and it’s incredibly hard not to give it to them. It’s much, much easier to simply give up and let yourself be swept up by the force of nature that are Sagittarius women.

However, just because falling in love with them is easy, it doesn’t mean loving them will be. The positive aspects of this Zodiac sign also come with a heaping dose of negatives, so you need to be prepared for both the good and the bad.

Here are five brutal truths about loving a Sagittarius woman.

Sagittarius women love laughing, and they love making others laugh even more. Their wit and smarts allow them to find humor in almost every situation, and they’ll use that humor to charm others and interact with the world.

While this is, undoubtedly, a positive thing, the truth is that it also comes with its drawbacks.

Sagittarius women love joking so much that they often end up joking when they shouldn’t or, even worse, they’ll joke instead of taking things seriously.

While humor can make almost any situation better, there’s a time and place for it, and Sagittarius women aren’t always capable of identifying it. Plus, it’s always annoying when you try to have a serious conversation, and the other party keeps joking around.

The best course of action is to enjoy her jokes when you can, and just ignore them when it’s time to get serious. She’ll get the message. Sagittarius women are many things, but dumb isn’t one of them.

#2. They don’t want to spend too much time with you.

Some couples just can’t get enough of each other. They like each other so much they carve to spend every waking hour together. They travel together, eat together, hang out together, and might even commit the capital offense that is having a joint Facebook account.

While that relationship might seem idyllic to some, it’s torture for Sagittarius women.

To put it simply, Sagittarius women are plain ole loners. They treasure their time alone, and though they’re happy sharing their life with their loved ones, they also require copious amounts of time away from them.

They need time alone with their thoughts, and how much they love you has precisely zero impact on that. Sure, they’ll be more willing to sacrifice some of their alone time to be with you, but not if it means you’ll expect her to do it every single time.

Sagittarius women can’t deal with clingy people, which is one of the first things you need to understand if you want to be happy with them.

Sagittarius women aren’t fans of small talk. In fact, most of them hate it.

What’s the point of talking about something no one really cares about just to fulfill some obscure social convention? Why speak at all if it’s not about a subject you’re interested in?

Because of this, Sagittarius has the tendency of diving right into deep subjects, and philosophical conversations without as much as a “how do you do,” which has the potential to freak people out if they’re not prepared for it.

Sagittarius women won’t talk to you about the weather; they’ll come up to you to talk about the impact the weather has on current politics. They don’t actually care about how your children are doing in school, but will happily discuss the deficiencies of the public education system even if it’s the first time you talk to them.

This isn’t as much of a downside as something you need to watch out for and prepare. Sagittarius women will ambush you with an incredibly deep and philosophical question when you least expect it, and if you want to impress her, you want to have an answer ready.

A real answer, not just something you parrot because you heard elsewhere.

The goal of choosing a complicated or deep subject to talk about, after all, is to get you to open up and talk about yourself in a way cookie-cutter questions don’t allow, so don’t be afraid of sharing your opinion.

Sagittarius women are unpredictable when it comes to their interests and their goals, even though they’re relatively open about them.

Their unpredictability comes not from being secretive but rather from their ever-changing list of hobbies and favorite activities, which follows seemingly no rhyme or reason and makes it impossible to truly “get” Sagittarius women.

One week, they want to practice Karate, the next, they want to be a cartoonist, the following month, they’re composting like their life depends on it, and just a few days later, they’ll forget about that activity entirely.

There’s no denying this keeps things interesting, as sometimes it might feel like you’re dating multiple people at once, but it can also be utterly exhausting and, let’s face it, annoying.

Changing interests, hobbies and opinions can be a good thing if they lead to something productive, but if it’s just changing for changing sake and nothing ever gets achieved… well, let’s say it becomes a lot less endearing.

Word of advice, though Sagittarius women can be incredibly committed at times, it’s best not to get too attached to their passing interests. Enjoy them while they last, and don’t expect her to stick to them for long.

Sagittarius women have no time for niceties or little white lies. They believe “being as honest as possible” is the best course of action and will often trample people feelings even without meaning to.

The phrase “brutally honest” describes this sign to a tee, and though Sagittarius women might not mean to be hurtful or rude with their remarks, the truth is they often are.

Annoying, or even hurtful, as this might be, this particular trait is one of the best things about Sagittarius women for a variety of reasons, chief amongst them the lack of guesswork when it comes to dating them.

Of course, no amount of honesty will make up for how hurtful some of the things Sagittarius women say are, so if you think your Sagittarius lady is going overboard, or if you’d rather she wasn’t so honest about a specific subject, make sure to let her know!

Remember, more often than not, she doesn’t want to hurt you; she just hasn’t stopped to consider how her words will be interpreted or how they’ll affect you or others.