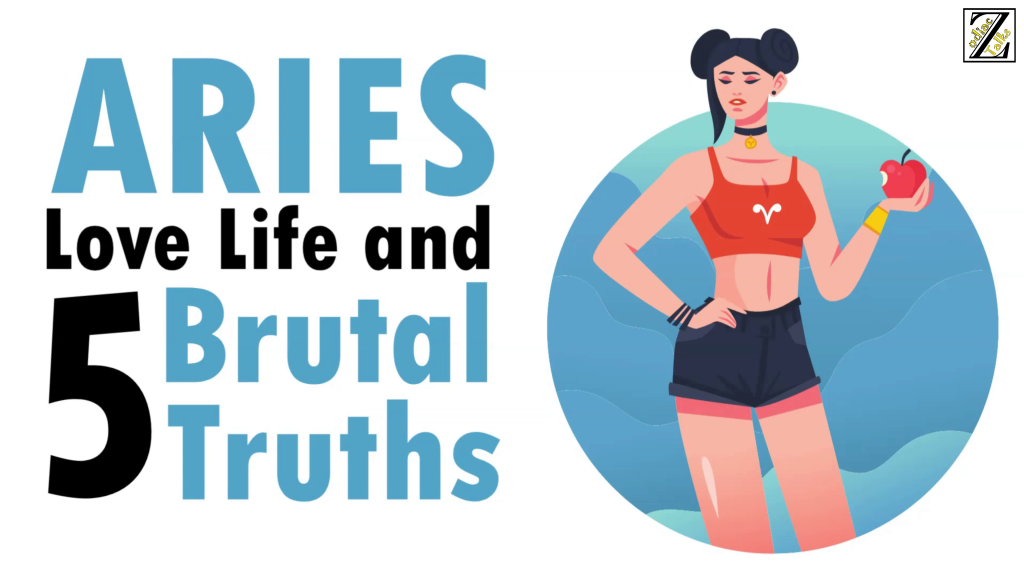 Loving an Aries is not an easy thing.

No, that’s a lie. Loving an Aries is very easy; They’re charming, fun, magnetic, funny, exciting, intense, and all-around impossible to look away from.

They’re the kind of people who can light up an entire room without even trying and, as such, it’s effortless to fall in love with them.

Having an Aries love you back is a little harder, but not impossible, so that’s not the hard part of the equation.

The hard part comes after because all those characteristics that drew you towards Aries in the first place?

Those don’t go away. Ever.

Their intense and strong personalities are incredibly attractive, but can also complicate your relationship.

Here are five brutal truths about loving Aries woman that explains how.

Aries women are often described as “fiery” and “temperamental,” which can sound fun and exciting until that temper is directed at you.

We all love a woman with some fire in them, but an Aries fire is less an ember and more a raging wildfire, capable of destroying things or, at the very least, leaving a permanent mark on anything it touches.

An Aries woman’s temperamental attitude can give them the boost they need to achieve their goal and can get you out of a difficult situation, but it can make things worse just as quickly, so you need to be prepared for any eventuality.

The key to dating an Aries woman is achieving a balance between respecting them and respecting yourself. Don’t let yourself be intimidated by their temper, but don’t try to intimidate them either.

#2. They will try to dominate you.

Aries women love bossing around others, and they often do it so naturally, they don’t even realize they’re doing it.

They walk around the world like they own the place, and, more often than not, the universe responds in kind. It’s not uncommon to find friendships and relationships where Aries is the dominant partner, and that might just be the case with yours if you let things flow naturally.

Don’t get us wrong, there’s nothing wrong with an Aries woman being the dominant partner in a relationship, and there’s absolutely nothing wrong with letting your partner take charge, but Aries tend to be pretty self-centered, so their leadership can turn into domination if you’re not careful.

If you don’t mind an Aries woman being the dominant partner in your relationship, then buckle up and have fun. Just make sure to express your needs openly and clearly, and everything should go along swimmingly.

If you’d rather be the dominant partner of your relationship…forget it, that’s not how it works with Aries women. Either you’re equals, or she’s the boss. Nothing else works for this passionate sign.

Their domineering personalities will make an Aries woman resent you if you try to “put her in her place,” and treating her as anything else than an equal is a sure way to get her to call off the relationship almost immediately.

The good news? It doesn’t have to be a constant battle of wills.

Aries women are perfectly willing and happy to share their leadership with people they look up to and respect; you just need to work hard to show them that you won’t give in to their every whim, but that you value and consider their input and opinions.

#3. They don’t think things through.

Aries women –and men for that matter– are the kind of people who drink milk to find out if it has gone bad.

Discretion, introspection, and just plain old thinking things through are not Aries’s characteristics. They charge head-first into situations and improvise as they go, reacting to everything that happens rather than planning accordingly.

It can make for some hilarious stories and for quite an adventure, but it can also get her, and you, in problems, so you’ll want to keep an eye out on your Aries partner, just to make sure she’s not making choices she’ll regret.

Word of advice, though, don’t try to control her. Don’t tell her not to do something, but rather provide reasons for why that thing they’re planning to do is a bad idea.

Telling them no is a sure way to get them to do something, so if you genuinely care for the outcome of an Aries woman’s actions, try and find a way to be supportive while still standing your ground when you think she’s making a mistake.

Telling her not to outright will make her dismiss your advice. Talking things through and, more importantly, pointing out things she might’ve not considered are far more effective ways to ensure she thinks things through before acting in a way that can hurt her and yourself.

Think of it less as reverse psychology and more like brainstorming.

Aries women are wicked smart, but sometimes they need a push to see what’s incredibly obvious to others.

We do advise you sometimes just to follow her lead, though. Their blunt, straight to the point approach to life might seem careless, but it sure can yield amazing results.

They don’t think they’re great; they know they’re great, which means they will often dismiss criticism, but they’ll blow compliments out of proportion.

Their enormous egos can also lead them to be selfish at times, as they often fail to take people’s needs and desires into consideration. Their selfishness often comes from a place of self-absorption rather than a lack of care; as long as you put your foot down and let them know they’re ignoring your needs and desires; they shouldn’t have a problem with this.

Remember, an Aries woman can be incredibly domineering, so if you don’t speak up, she’ll simply assume you’re okay with everything that’s going on.

Aries women want things to happen as fast as possible, and that bleeds out to every other aspect of their lives.

From pulling food out of the microwave before it finishes heating up, to skipping pages in their books just to reach the end, to losing their cool because you’re taking too much time choosing which restaurant you want to visit.

Their intense personalities are to blame for this, though it’s not a fault that can’t be overcome. Aries women can be very patient when it comes to things that matter to them; it’s just the rest that they can’t wait for.

A relationship with an Aries will always be fast, jumping from one thing to another without giving you much time to rest or even realize what’s going on.

It’ll be intense, it’ll be passionate, and if you’re the kind of person who likes to take things slow, it might be downright scary, but it’ll always be fun.

Loving an Aries woman is not for the faint of heart, but those strong enough to brave this fiery sign will be in for the adventure of a lifetime.