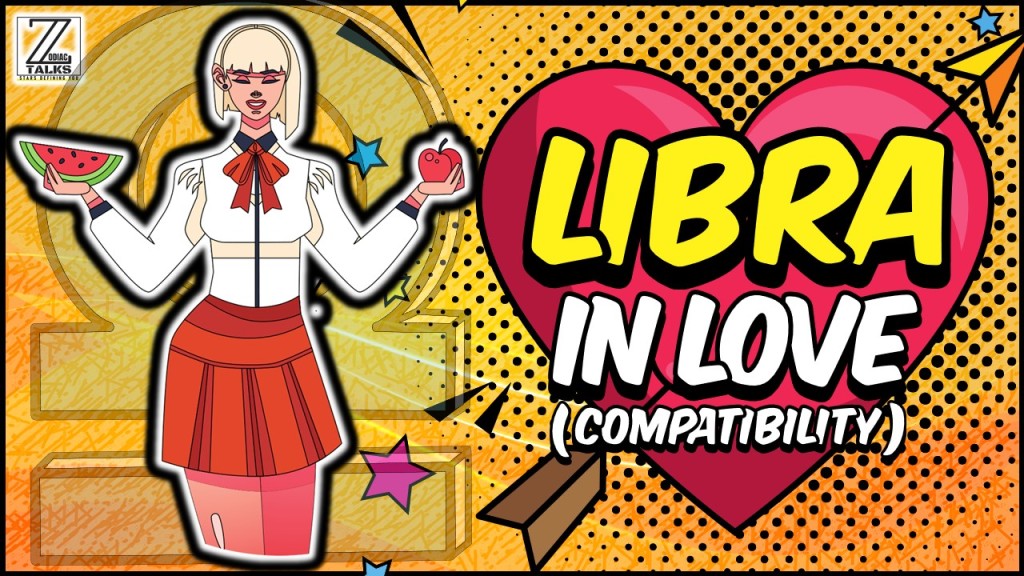 Libras are one of the most charming, and relaxed social signs out there.

They’re friendly, laid-back, charismatic and approachable, which means Libra should be easy to date… Right?

Some signs will absolutely despise Libra’s more social tendencies, which means it’s better if Libra tries their luck with the following ones:

To put it simply, Libra and Aries relationships tend to be some of the most long-lasting.

Though there are many differences between them, they tend to get along quite well, and while there are many things that pull them apart, their chemistry is undeniable.

Yes, Libras can be quite selfless while Aries can be very self-centered, but it’s precisely this kind of differences that make these two work as a pair.

While Libras are indecisive and hesitate when it comes to big decisions, Arieses plow through without barely a thought, which may not be the best approach, but does make things easier for Libra.

Aries’ bullish, straightforward approach to people may scandalize the more diplomatic Libra, but at the same time, Libra’s more tempered approach can encourage Aries to nurture their more sensitive side.

Both signs have very different approaches to life, but nevertheless, with communication and understanding, they can achieve great things together.

These two can understand each other innately. They’re basically like two halves of a whole.

They don’t like rushing things, they enjoy creature comforts, they look for a comfortable and secure relationship, and they treasure the opportunity to pamper themselves and each other.

Their dates may not be the most inventive out there, but they sure are enjoyable, with a night out to the movies, followed by a delicious restaurant, before going back home to relax.

Both Libra and Taurus understand that you don’t need grand gestures to enjoy life, and in that sense, they’ll be able to complement each other quite nicely.

Libra’s flirty tendencies can really annoy Taurus, though, and a good portion of their relationship problems will likely arise from this.

However, Taurus needs to remember that just because Libra is flirty, it doesn’t mean they don’t care about their relationship.

This relationship works because Libras and Geminis almost always end up as friends, and who better to date than someone you consider a close friend?

These two just get each other, and can easily communicate in ways other couples wish they could replicate.

They’re both social, smart, adaptable, laid-back, and generally fun to be around.

Yes, neither of them is particularly skilled at decision making, so there’s a good chance they’ll bumble through life more often than not, but as long as they’re together, chances are they won’t care.

However, with proper communication –which both of these signs excel at– there’s very little that can stand in their way.

Though not the most stable relationship out there, Libras and Leos often make a rather impressive pair.

A de-facto power couple, if you will.

Both signs value the opportunity of being the center of attention; they’re both sociable, they both love to party, and they both like their luxuries and material comforts.

Libra’s selflessness might inspire Leo, who already loves helping people, and Leo’s practical personality can keep Libra from being taken advantage of.

Leo can also learn from Libra how to be less aggressive without sacrificing their goals, as well as how to avoid taking things too seriously.

Though they may have to work together to reach a point where they can comfortably balance each other, the truth is that these two can make a wonderful couple.

Who better to understand the intricacies of this zodiac sign than another Libra.

A Libra and Libra couple is, in fact, a fun one, albeit not the most responsible out there.

They’ll charm their way out, or into, anything, and they’ll do it as a team; they both understand just how fun it is to meet new people and even flirt as a game, which means they won’t get jealous easily and might even make it a competition if they’re feeling playful.

Libras hate conflict, so this relationship will be one where conflict is avoided as much as possible.

This can be a bad thing, as they might refuse to have serious arguments for fear of angering their loved ones, but generally leads to a relaxed and enjoyable experience.