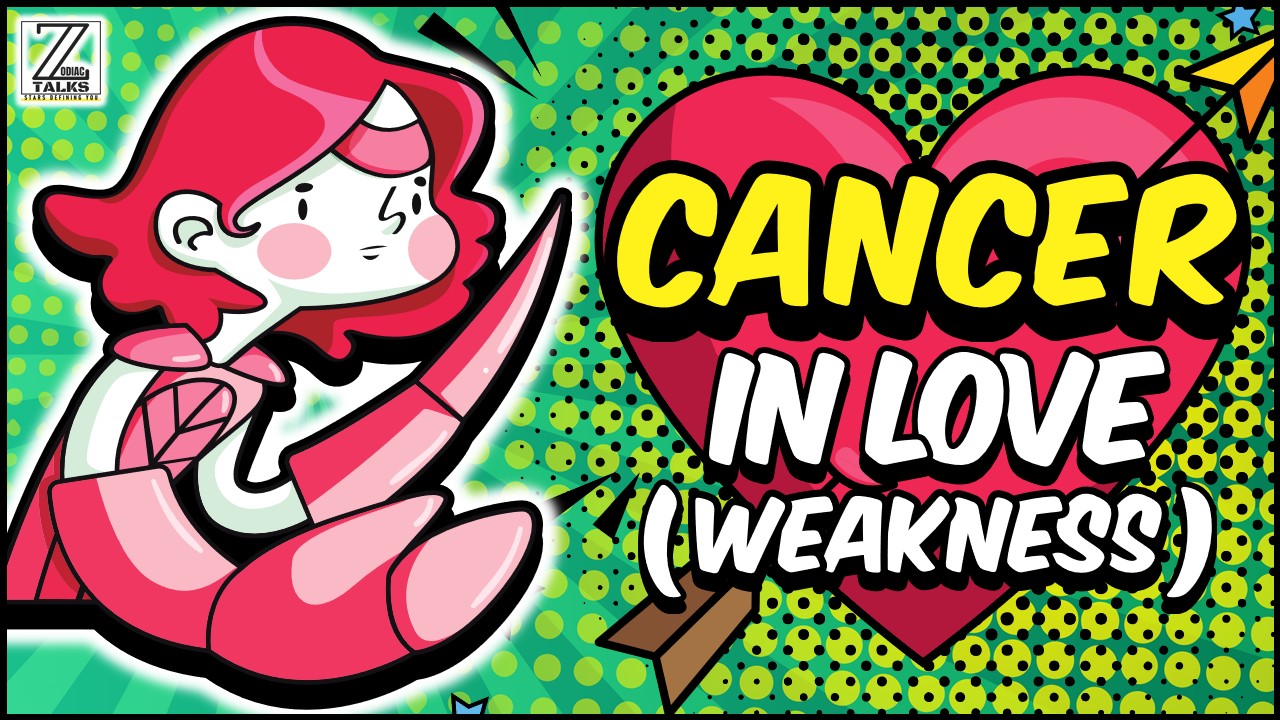 When it comes to relationships, Cancer has a lot going for them. They’re devoted partners that look for stability and eagerly protect those who they love.

Those born under the sign of Cancer often make fantastic partners and even better partners, but to get to experience those qualities, you also need to learn to live with their weaknesses.

There aren’t many, but Cancers do tend to exhibit the following:

Cancers can be Capricious.

Cancers can be hard to date due to their capricious nature and volatile moods; they might not be able to stop feeling things so strongly, but it can be tiring for some.

Not all zodiac signs will mind, as many are just as emotional Cancer, or at least will see their vulnerability not as a problem but just as another characteristic of the person their love.

Others, like Aries and Libra, will have genuine trouble getting over Cancer’s moods.

Cancers can be Dramatic.

We all love a good drama once in a while, but while some signs get their kicks by learning about other people’s dramas, Cancer’s make a concerted effort to experience their own.

They’ll dramatize just about any event they’re involved, sometimes even lying to make it all appear more impressive.

Because they often use their emotions to filter their experiences, a Cancerian’s recollection of an event can be considerably different from what actually happened, which in turn can lead to arguments that could’ve easily been avoided.

There’s also the fact that some people just don’t enjoy drama nearly as much. As we said, we all love a good drama once in a while.

When everything you experience is dramatic, or is transformed into a dramatic event? That’s just exhausting.

Cancers can be Overbearing

While it often comes from a place of caring, Cancers can take caring for another person to an extreme.

From helicopter parenting to stifling relationships, Cancers are known to take their love to uncomfortable, sometimes ridiculous levels.

We get it, we all want to protect the people we love, and there’s nothing wrong about that, but Cancer does tend to lead with their emotions first, and that means that sometimes they’ll base their decisions not on science but on what they feel right.

If a Cancer genuinely feels that something is dangerous for those who they love, they’ll ignore every evidence of the contrary.

In a relationship, this can feel stifling and controlling, and when it comes to zodiac signs that value logic above all else, it can come off as ridiculous or even embarrassing.

You knew it was coming.

If it wasn’t clear by know, Cancers are known for taking things too far, as they tend to lead with their emotions, and their feelings are easily moved.

A small negative comment, a strange look, an answer that took too long to come, someone not acting the way they expected, etc.

You name it; Cancers will find a way to feel offended about it.

Their feelings are easy to hurt, and they’re not the most logical people about it, which means that even if they realize they’re getting angry over nothing, they will get angry and will hold it against you.

Their hypersensitivity can make it hard to live with them, particularly if the relationship is just starting, as boundary settings can be misinterpreted as veiled criticism or as passive-aggressiveness.

Luckily, Cancers are well aware of this particular weakness of them, as it has put them into sticky situations through their lives, so clear and repeated communication, as well as reassurances, tend to be the way to go with this zodiac sign.

By far, one of the most annoying characteristics of this zodiac sign is their unwillingness to face situations they’re not comfortable with.

Oh, they’ll do it if it comes to protecting or defending someone they care about, but when it comes to their own emotions and reactions? Don’t expect the most mature response out there.

If a situation doesn’t work the way they expected, and they feel overwhelmed or just plain unappreciated, Cancers are known for vanishing rather than facing the issue.

You know those people who would lock themselves in their room or bathroom as a way to ‘deal’ with an unpleasant situation?

Yeah, chances are they were born under the sign of Cancer.

Everything considering, avoiding confrontations or difficult situations is hardly the worst one can do, but it does get annoying and, frankly? It can come off as incredibly childish.